The Wheelers first appear in Ozma of Oz. Their arms are the same length as their legs, and all four limbs end in wheels made of fingernails. Their clothing is colorful and heavily embroidered. As a child, they terrified me! But, now I admire their attitude and steampunky outfits. 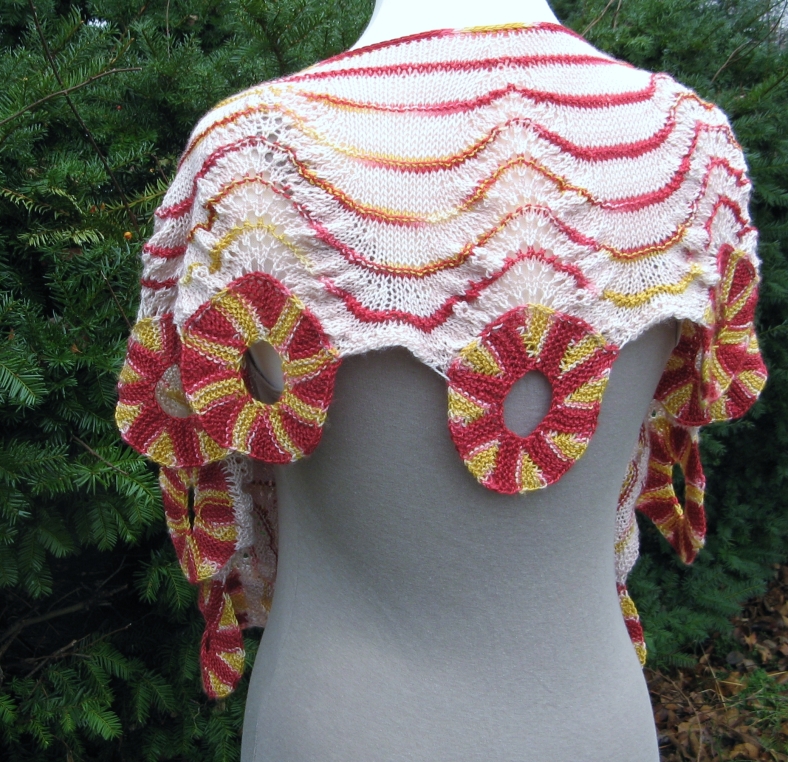 Wheels is a crescent-shaped shawl that features a high-contrast colorway in wheels and stripes against a neutral background. The wheels are worked flat, using short-rows to create the curve. The body is also worked flat, bottom up, from a combination of stitches picked up from the wheels and newly cast-on stitches.

This pattern can easily be lengthened by making more wheels. Each additional wheel will use approximately 32 yards of MC and 27 yards of CC. If you have two 400-yard skeins, you could safely begin with as many as 11 wheels. 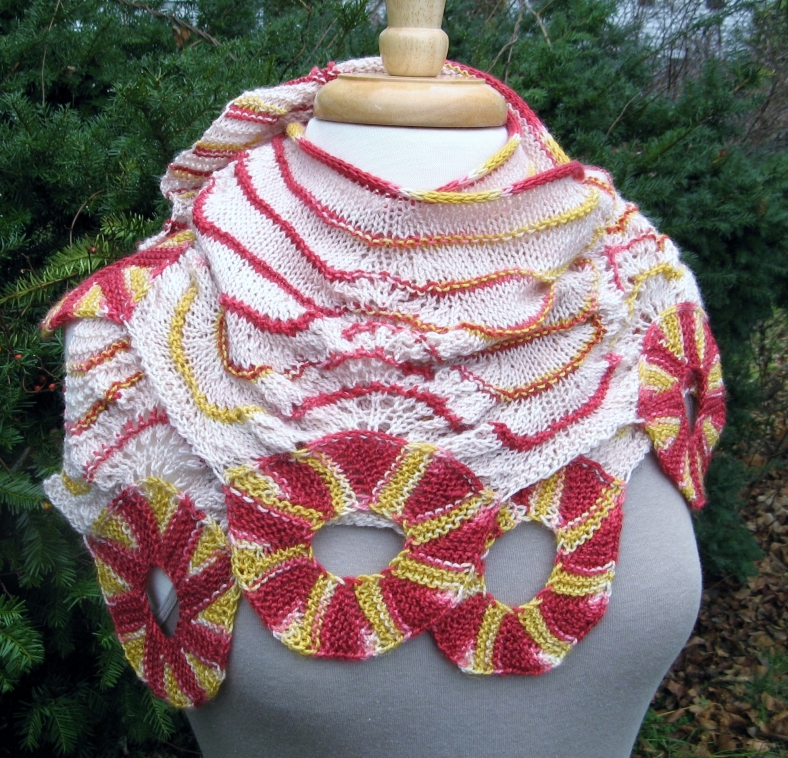 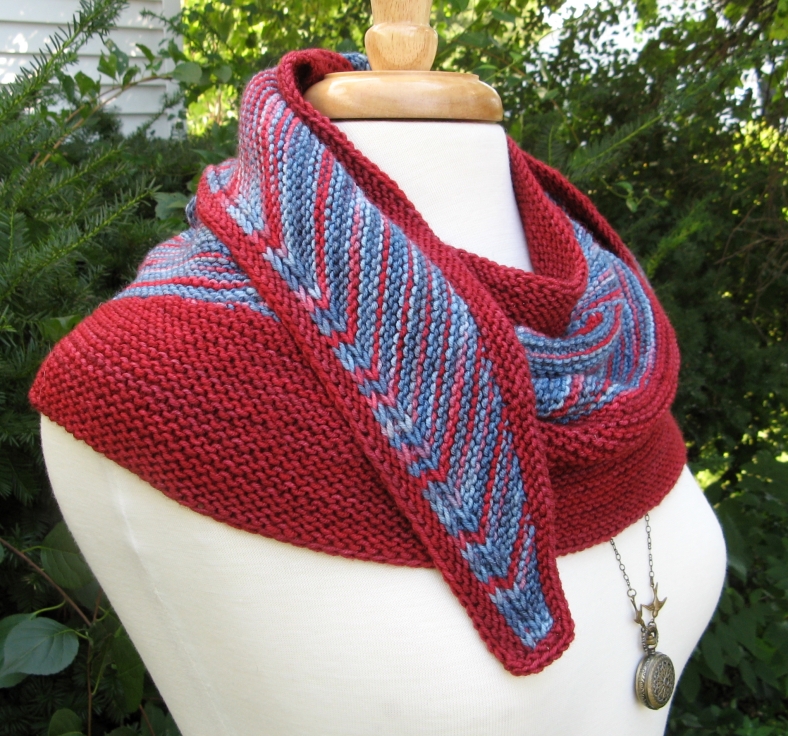 It’s time for the second Steampunk Oz design! This time I’m using two skeins of Aesir in “The Wizard” — blues and yellows like this book cover… 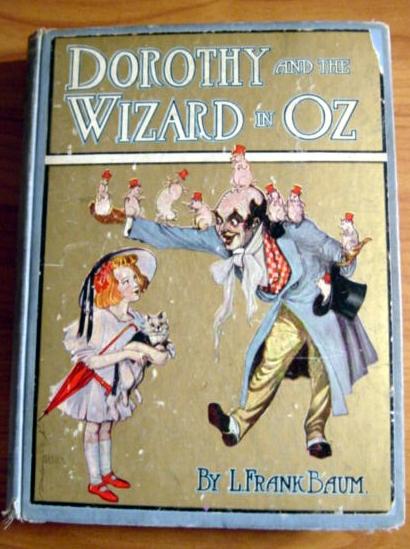 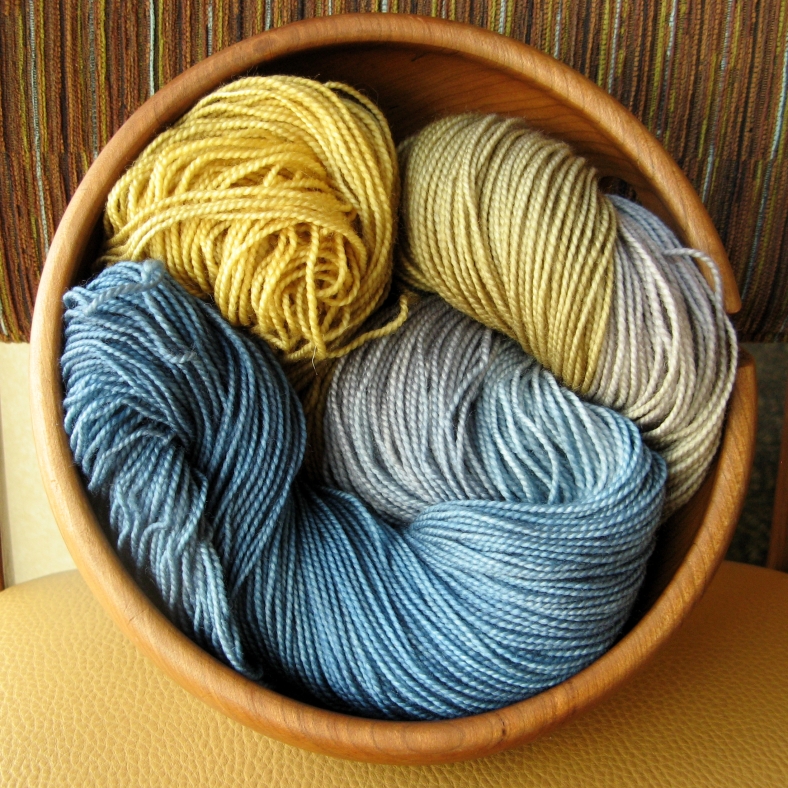 Oscar Zoroaster was an ordinary ventriloquist and balloonist in Barnum & Bailey’s Great Consolidated Shows, until his balloon ropes twisted and he floated away to the land of Oz.

The stitch pattern on [The Wizard](/patterns/library/the-wizard-3) shows off high-contrast variegated colorways with a combination of no-wrap short rows and knitting on the bias. Colors pool between garter-stitch stripes, calling to mind the panels and gores of a hot air balloon. The stole is stretchy and drapes delightfully, curling in slightly at the edges.

This pattern is easily adapted to any yarn weight (just use the right size needle) and any yardage (cast on an even number of stitches, do as many repeats of the pattern as you like).