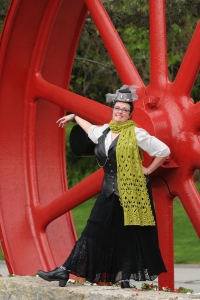 Interesting story … you may have noticed a distinct similarity between the main motif of Pendula and Flywheel.  If so, good eye!  Some fellow knitters at the Hub Mills knit night admired Flywheel, but bemoaned its general triangularity. They opined that a rectangular version featuring the first motif on Flywheel would suit them most admirably. I agreed to adapt the pattern for them, in return for their mad sample-knitting skills. Thus, I bring you two versions of Pendula, thanks to Jane and Kim — for the first time ever, I didn’t knit the sample for one of my patterns!  (I did knit an enormous swatch to make sure the charts worked, natch.)

This stole is worked in two halves beginning in the center with a provisional cast on. A series of dramatic pendula extend towards the edges, culminating in an explosion of lace. This pattern is easily adapted to almost any desired width and length. Complex patterning and several unusual stitches make this an interesting pattern for ambitious intermediate knitters.

Pendula is fully charted; no written translation of the charts is provided. 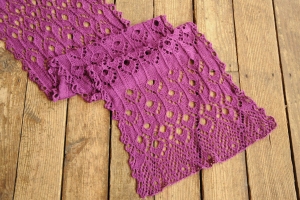 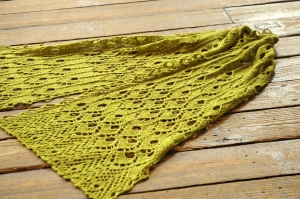 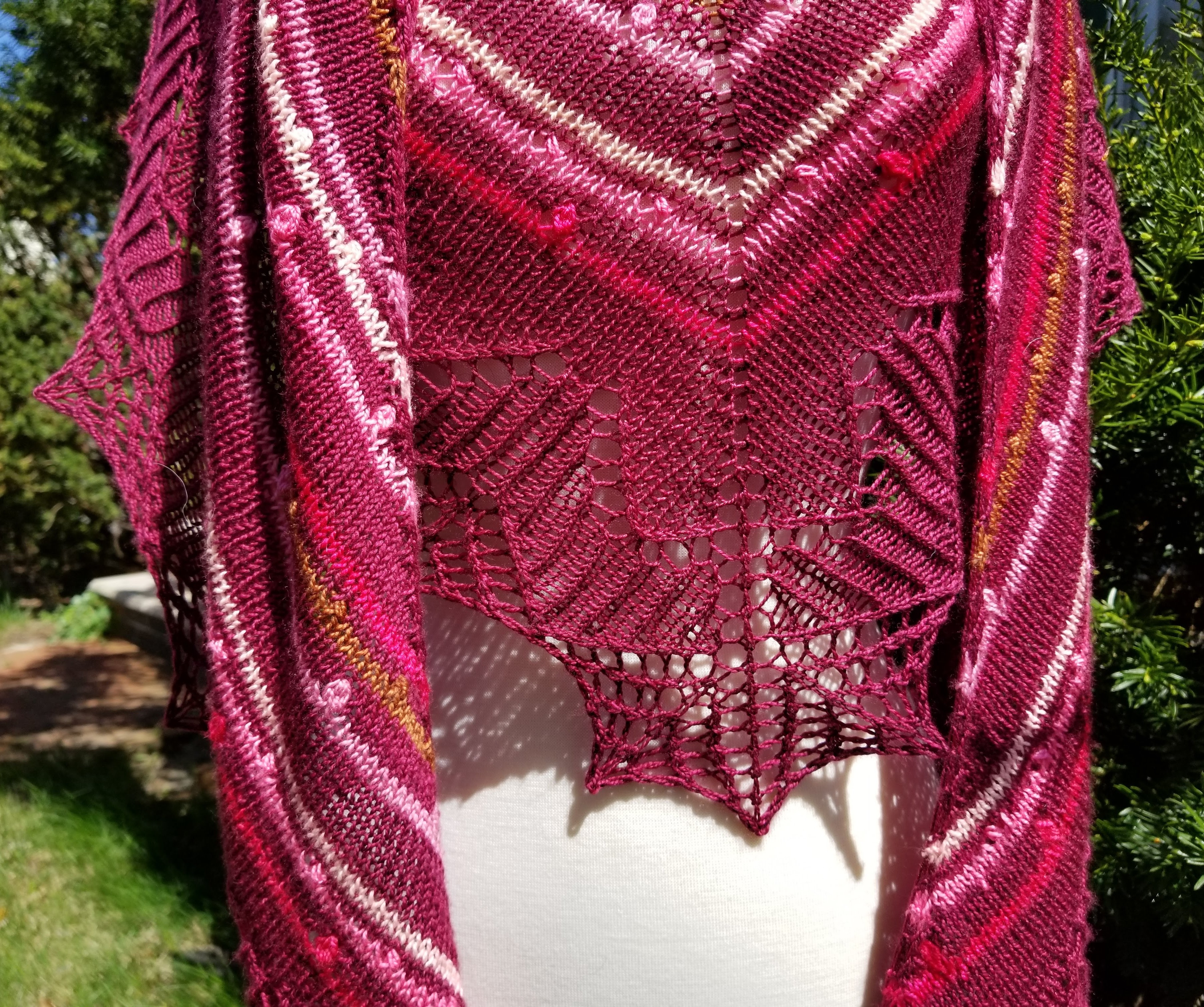